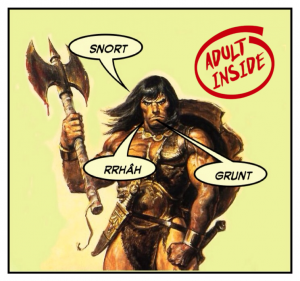 Wasn’t “adult” supposed to refer to a person who is “grown-up” and “mature” and “well-balanced” and all that?

Then why does that word practically always refer to:

While whatever is targeted to an audience considered “immature” oftentimes:

Or summarised: while we have high standards when it comes to what we show and teach to children; how we want them to think and hope for the best, this turns around 180 degrees as soon as the subject is considered ‘adult’.

I’m not surprised that some children consider adults to be bat-shit crazy. They are right.